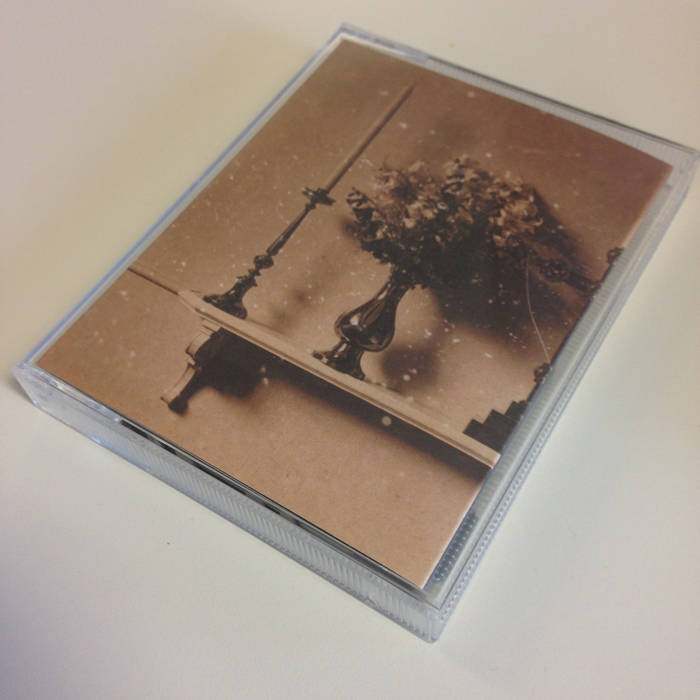 I’ve been wrestling with how to write about Joseph Quimby Jr latest recording ‘Court’ for the past several weeks, to attempt to try describe its majesty and magnificence and report how it has impacted me personally. Perhaps the greatest compliment I can give ‘Court’ is that, quite simply, I can’t. Each time I’ve revisited it, listening intently, I feel some sort of emotional awakening, something profound that I can quite grasp and my inability to do so has led to a sort of positive addiction that keeps me excavating further into this stunning music. Stunned is what I certainly was when I first heard it. There are so many elements at work in Quimby’s 5 perfectly constructed songs. The whole record is defined by a kind of prolonged intertwining of ache and ecstasy, of redemption and melancholy, nostalgia and reinvention. Pianos lilt and refract in the distance like Celtic fiddles and flutes, hazed synths curdle and grow with an uncanny naturalism that I cannot help but feel mirror not just my own emotional response, but something bigger than me, something close to human existence at its best. One of Tombed Visions primary aims is to nurture and support its talent, to allow the musicians to grow and reach a potential they can be proud of with their own music. Quimby has far exceeded that tenet with ‘Court’, giving birth to vital new and complete vision of his already stellar music that is so resolutely life affirming. It is music that makes me want to better myself and the world I inhabit. And I am proud to call him my friend. Bless you, Mr Quimby.
- David McLean, January 2016

"Joseph Quimby Jr.’s third release on Tombed Visions is a gigantic leap forward for the artists. 2015’s epic double album Wren/ Le Chat Est Parti was such a vast statement of straight up drone, it now looks like a long farewell from the old Joseph Lawrence Quimby Jr., who has now notably dropped the middle name and increased the range of his timbral palette to more symphonic aspirations. The distant edges of ‘Hearing’ include angelic tinkling while the foreground sheets of sound shimmer with elegiac string section sorrow. ‘Judgement’ gathers murky tones and mutant whispers of notes around a saddened synthetic piano figure, and ‘Proof’ pulls off a more celestial version of the same trick around both piano and strings, closing as the processed tones file off over the horizon one by one. Excellence in the busy field of lush ambience is getting tougher to discern these days, but Joseph Quimby Jr. is a constant high achiever. Court wields an almost mystical level of soul-stirring strength, best listened to alone, at full volume, and preferably while staring out at the sublime sadness of the great grey outside your window pane (listeners in sunnier spots are advised to wait until nightfall to get the full effect)."
- Tristan Bath, The Quietus

"Scottish music fans will be well aware of Joseph Quimby’s back-catalogue, most likely from his days fronting Glasgow’s Take A Worm For A Walk Week.

Yet this new cassette release on Manchester’s Tombed Visions leans much closer to his previous solo releases on the same label, under the moniker Hivver, and his work with the now-departed Remember Remember.

Opener ‘Versus’ awakens awash with warm synths, steadily folding over itself with more and more heavily processed instruments.

Throughout the record it’s difficult to distinguish individual instruments: synths, guitars, and acoustic sound sources are blurred and smeared with reverb, creating a meditative ambience somehow not quite of this world. ‘Judgement’ and closing track ‘Proof’’ have definite shades of Ludovico Einaudi’s affecting soundtracks for Shane Meadows, giving the whole album an almost cinematic feel; a lingering influence from Quimby’s time collaborating with dancer Iona Kewney, perhaps. This is a truly beautiful album, whose five tracks never lingers too long over the 30 minute run time. As Tombed Vision’s own David McLean notes, it’s a difficult task to sum up exactly how or why this record works. But it’s a huge achievement, miles away from the navel-gazing stereotypes of weaker genre examples."
- RaveChild

"Court’s foggy, rain-drenched vistas follow an alternative path to that set out by the classic approach of ambient music. Its consciously synthetic mode is a shift away from that Eno-led, self-effacing insinuation into the warp and weft of everyday life, Quimby’s dense foliage instead closer to the cloud forests of New Age music. Like the utterances of those cosmic chancers, the dense layers of synth, piano and chimes work as a kind of liturgy for a modish spirituality, although, fortunately, Quimby swerves from New Age’s focus on beaming self-actualisation in favour of melancholy and nostalgia. Court’s compositions are a pilgrimage into the crepuscular labyrinths of memory, their naive melodies harking back to better times, when the future was laid out in front of you like presents on Christmas morning. These were days when everything was possible, even as Quimby’s falling synth chords remind you that those days are long gone, that those possibilities are just ghosts, images woven from air that dissolve even as you try to grasp them.

A follow-up to Quimby’s previous Tombed Visions release, Wren/Le Chat Est Parti, Court is deep rather than wide, condensing that previous double cassette’s outward sprawl into just five tracks. But its relative brevity belies the complex interactions that lock together beneath its surface, with an ability to hold various contradictions within itself a major draw for repeated listens. The lack of an explicitly rhythmic chassis at first suggests a typical ambient stasis, although, as soon becomes clear, each piece is actually pushed forward by layers of subtly propulsive moves, their pulsations and slow surges suggesting a living body’s own biological processes. And, while all of the sounds here are avowedly synthetic – those viscous, almost plastic synths in Proof, for example, or the glittering sonic bubbles in Heat – the overall feel is of something profoundly natural, some kind of slow transition through phases of growth, exhaustion and renewal. Court moves on a macro scale – tidal, orbital, geological – that works in tandem to its micro-level bodily pulsations and stands in a kind of implicit opposition to the regularised, always-on processes of modern day living. Not that this is some kind yearning for an unspecified past. Rather, Court embodies a return of a different kind, a retreat from the relentless glare of hypermodernity, opening up those spaces where it’s alright to switch off, to rest, to remember, to think, to sleep, to dream."
- Paul Margree, We Need No Swords

All music written, composed and performed by Joseph Quimby Jr