Shepherds of Cats with special appearance of Dariusz Błaszczak and Panelak

by Shepherd of Cats 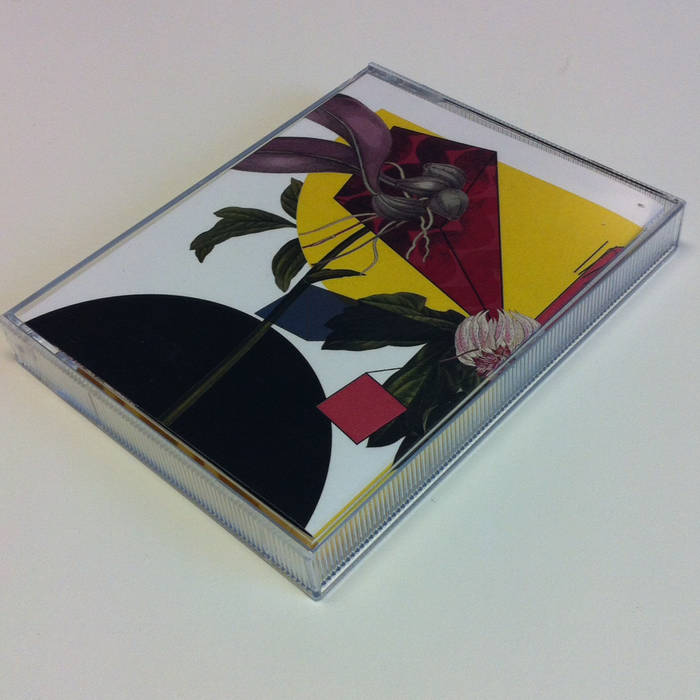 Over the course of 80 minutes, Anglo-polish instant composers Shepherds of Cats literally carve, sculpt and excavate a dumbfounding variety of material out of walls of silence. Made up of a core trio of Aleksander Olszewski on various percussion, Adam Webster on Cello and Jan Fanfare, owner of Fanfare records on Clavinet D6 and Piano, the Shepherds do not limit themselves to set or confined instrumentation and in turns utilise darboukas, marimbas, harmonicas, found sounds, electronics and their own peculiar use of voice to create a rolling and ever forming narrative of scattered curiosity and investigative improvisation. It’s an approach they also extend to collaborators, with Side A containing Dariusz Błaszczak on ‘appliances and kitchen stuff’ and Panelak on electronics, it’s 40 minutes split into 5 distinctive sonic scenes. The side begins with chimes of bells, scraped cello and strained moans immediately setting the parameters of their hunting ground. Percussion flits and skitters as delicate sheets of sparse piano are built with a warm, chamber like precision as more voices join the fore. The second section begins with what could be almost described as a breaking of the fourth wall, hearing the band discuss ideas for a piece and hilariously recounting an awful and ‘BORING!!!’ concert they attended. Smatters of damaged electronic lap round the circumference of these rehearsal discussions before it slowly flowers into a beatific scene of marimba loops and more of Jan’s earthen piano chords, calming like a dark lullaby. The absurdist undercurrents of the bands investigations come to centre stage next as all sound is wiped to focus on groans, hums, lips smacking and mouth salivating in some sort of pre-language meeting of extremely curious minds that calls to mind Phil Minton’s weirdisms. What little actual spoken words there are detectable are highly comedic. Be prepared to burst out laughing when the group stumble upon a hair-dryer! It’s a great break of character that is ultimately self-referencing of the joy these musicians have playing with each other. It also serves to perk the ears for their further journeys on the side, which include a broken-glass like chamber music piece, complete with gravelly cello bows, mournful soprano vocals and funeral piano before dissolving into a panoramic melting of acoustic and artificial textures. And this all on only in the first 40 mins! There is real bravery in this music, not only for the utter uniqueness in their sonic palette but for their ability to appear both serious and absurdist without this mix being anyway incongruous. Although there are Lots of sonic elements in this record fighting for attention, it never feels like a strain to the listener; in fact it is the careful mix of the recordings that makes these abstract elements sound conversational and absolutely wondrous to the ear. The time length may be daunting to some, but within the opening seconds of hearing their activities, the prospects of joining the Shepherd’s in their elongated quest to hunt dark jewels of sound something strangely and magically compelling.

"Anglo-polish composers Shepherds of Cats, AKA Aleksander Olszewski on various percussion, Adam Webster on Cello and Jan Fanfare, owner of Fanfare records on Clavinet D6 and Piano, offer up this stunningly curious, improvised two-track release with a special appearance of Dariusz Blaszczak and Panelak, rolling in at just over 80 minutes from start to finish. Making use of a plethora of instruments, including harmonicas, marimbas and found sounds, the group layer contrasting sounds to create a hauntingly beautiful soundscape. Bells chime, bows scrape and moans & groans weave in and out. Pianos sound intermittently warming the pieces sonically, whilst chatting and bustling kitchen noises add to the intriguing nature of the release."
- Bleep

Shepherds of Cats with special appearance of Dariusz Błaszczak and Panelak

If you like Shepherds of Cats with special appearance of Dariusz Błaszczak and Panelak, you may also like: