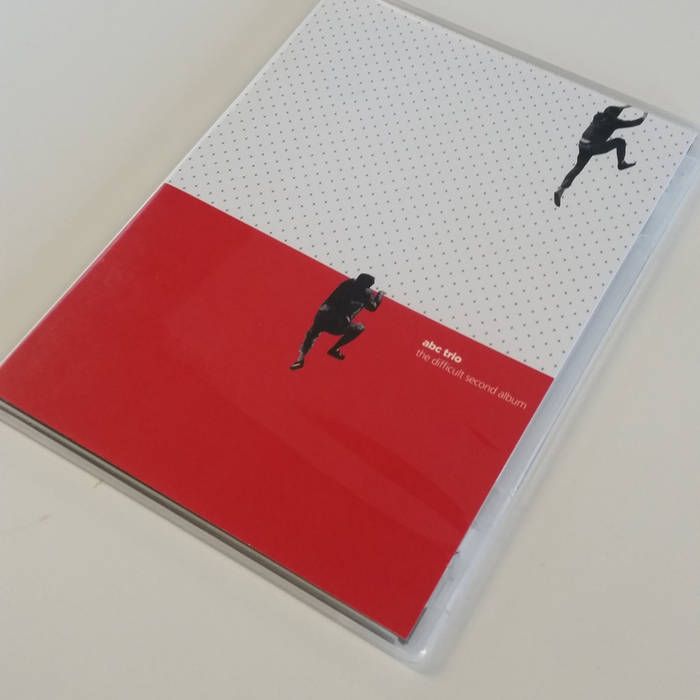 The ABC Trio return to label, further investigating their proclivities for extremely textured improvisations, moving from abrasive and dangerously freewheeling freakouts and silence smattered mood pieces which continue their already established telepathic interplay and choking the most deranged, unimaginable sounds from their instruments.

"Manchester stop and the fascinating music and art label Tombed Visions, which specializes mainly in the production of ... cassette tapes. Today we will know two of his productions, which, rather, by exception, appeared in compact format.

First trio with not very original name ... ABC. Personally it is: Sam Andreae - tenor saxophone and ... whistles, David Birchall - guitar and amplifier (I quote the album description) and Andrew Cheetham - percussion and percussion.

We are extremaly textured improvisation (again quote). So it will not be light! By the way, according to the funny title, the second position in the discography of the formation. And in the middle - a collective, definitively corporeal improvisation, which - as it will - nimble turns into a free jazz gallop of six hooves. Musicians, without compromise, go their own way, like the Colonial to a chilled brewery. There is a lot of artistic impudence, rock and punk shoes. With these three sons of the Queen Mother, bravely entering the middle age, you will not talk much about poetry. There is no shortage of psychedelia, krautrocki quotes. Improvisations are liberated, daring, painful. Freak Out! Frank Zappa's fecal odor is also noticeable. In the second part of the album there is no shortage of sonorist shorts in half-distance, conducted in the aesthetics typical of the retarded English, the lack of time for sentiments. At the finale we get another bloody gallop, almost reprint the start of the recording, which is crowned with humble spades with the tenor as a leading

It can not be denied that fragments of quieter narratives are more appealing to the reviewer's ear than free rock escapades. Because the idea of ​​omission is not the queen of improvisation? At least the request leads to a careful analysis of the third part of the disc. Within the reasumpcja, one can not help but notice that the guitarist here is by far the most interesting character. He has a lot of fantasy and a pile of memories from listening to Derek Bailey's immortal record! Recommendation? Green (high!)"
- Spontaneous Music Tribune

Recorded by Will Tomlinson on 4th March 2016 in the Milkroom at Hotspur House, Manchester.

Mixed and edited by Will and David, Manchester May 2016.

Thanks goes to John Clark at Johnny Roadhouse for fixing Sam's horn between takes 1 and 2.’