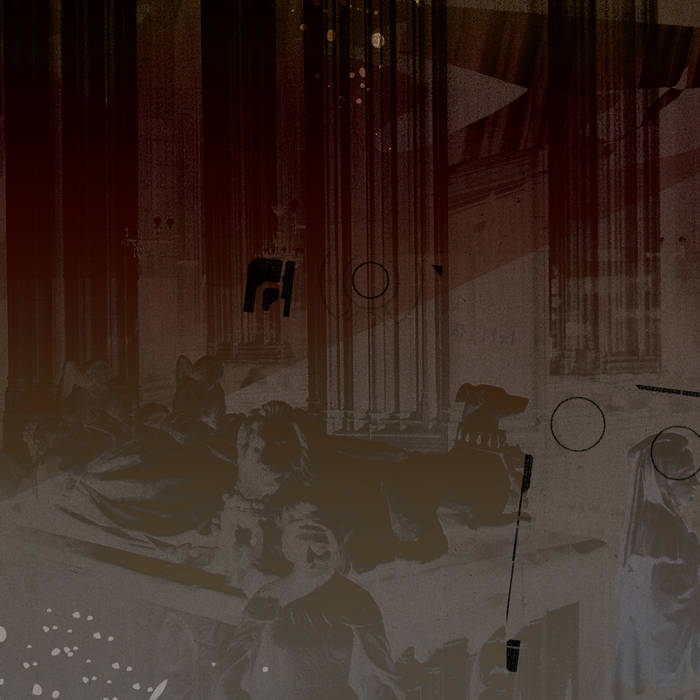 Circuit Breaker are an Industrial band, consisting of London based Brothers Peter and Edward Simpson. The Groups return to Tombed Visions with ‘TV12’, marks the label and the duos first ever vinyl release. Taking cues from the likes of Pere Ubu’s ‘Tenement Year’ and Cabarets Voltaire’s ‘2x45’, the Simpson brothers ran amok in a backlog of archived live performances, improvised recordings and the previous mind melting experiments found on their first
Tombed Vision’s release ‘Grid’. This material was then used as a catalyst for a newer, tighter song writing process. By mollifying the more esoteric elements and formulating them back into rigid post-punk structures, the sibling’s flirtation with skewered pop music has been brought fully to fore.

Opener Portals has a primal, club-ready shuffle under dissonant, melancholic synth lines. This sense of calm disquiet is ramped up on Grey Materials, a song pregnant with end-time atmos and clunky, mechanical rhythms. Worm 7 is undoubtedly ‘the hit’ of the record, showcasing Peter Simpson’s keening vocals; which paint the
earworming major-key riffage with ironic discontent, a similar approach found on TheRed Dye in far more morose colours. Body closes with hammering, reverbed percussion and a dying summer reverie, a fitting end to a game changing EP for the duo.

A majority of the elements making up each track were out-boarded into different synthesizers and effects units; revealing detail and subtlety on repeated listens. It’s a firm mission statement from Circuit Breaker as to what their future work will entail and the strongest song-orientated release for the label yet.


"Here's a new five-song EP by Circuit Breaker, who've already got a tape out on Tombed Visions. They're a duo of brothers from London, Edward and Peter Simpson, and they play cold minimal synthpop on vintage synth and electric guitar. The end result sounds like late '70s synth experiments laced with early '80s post-punk alienation.

The general formula remains pretty similar throughout - a thudding minimal drum machine beat and simple looped electronic melody are overlaid with buzzy, shuddering electric guitar drones and simple winding melodies while a cold, slightly John Lydon-ish voice rants over the top. It doesn't get samey though, and actually the songs are really compelling, with a slightly freeform feel which makes it unclear how much has been written already and how much they're just feeling their way through. They do change things up a little on closer 'Body', though, with a strummy acoustic guitar, sung vocals and lively synth plinking, it's almost a pop song in a Bunnymen/Cure kind of way. Really interesting EP, I hope to hear more from these two in the future"
Norman Records