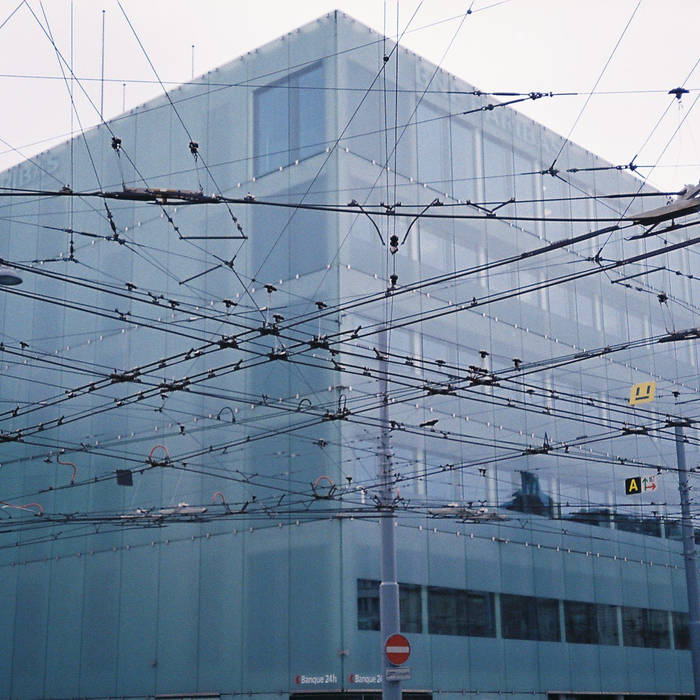 Easily the strangest release on Tombed Visions yet, Circuit Breaker is a skewered and angular take on Industrial primitivism and haunted Post-punk, assaulting the corporeal with a trembling yet firm fist. The Brother’s Simpson have spent their existence with Circuit Breaker in the hinterlands of the obscure, sourcing their sound from homemade and bastardized electronics and an animalistic hunger for degenerate rhythms, working in near total isolation with neither a care nor concern for anything resembling ‘peers’. Recently invited to the Netherlands, ‘Grid’ is a result of the duos residency at the WORM institute, Rotterdam and surely gives credence to their Julian Cope applauded mandate; “Disturbing and cantankerous… a complete, almost hermetically-sealed worldview of considerable force.” Skulking through 10 spooked sound worlds and conjuring the likes of Death In June, This Heat, Ike Yard and Coil, Circuit Breaker’s entry in to the pantheon of British esoterica and magick-music is a selfmade destiny and owed to be heard.

"Who of you out there share my jones for stark, tripped-out songs, alienated lyrical content and old synthesizer technology? You know Todd Clark’s INTO THE VISION, that kind of thing? Well then, just check out GRID by S. London’s Circuit Breaker and experience some truly outcast broadsides. Driven along by the guitar and querulous alienated outsider vocals of Peter Simpson and perilously assisted and/or interfered with by all manner of analogue ramalama, these uncontrollable gremlins in Circuit Breaker’s machine – those elements that most musicians would seek to extinguish – are the very elements that make this band. Indeed, the joy of this ensemble lies in their desire to celebrate all of those random events. So while a song might be terribly sad in its delivery and content, still the technical blips pour forth inappropriately and monolithically. Superb. Released on their own Tombed Visions cassette label in a highly attractive large-size cardboard package, somewhat in the lavish style of Joy Division’s STILL, this is an item to grab, kiddies, and fast."

"This tape comes in a big box, inside is a fluffy slice of material and a keyring. The music starts with a repetitive bleep which is joined by a distorted guitar and a singer reminiscent of John Lydon, it informs me that my head is outside. Cheers. From there the guitars take on a shard like quality whilst the electronics go crazy. Everything seems to be gradually becoming more unhinged. It’s very reminiscent of your late ‘70s experimentalists like This Heat, Throbbing Gristle et al. Uncompromising music but with a degree of musicality for people like me for whom the bleeps on ‘Tainted Love’ signify rampant experimentalism.
The next track is a series of quite alarming beeps. It sounds like an burglar alarm going haywire in the middle of the night in a warehouse in the middle of a deserted industrial estate. They seem to excel in the type of tracks which, for a while seem to be avant garde electronic pieces but then lurch into discordant guitar and vocals, then back again. Its really unusual stuff, it will certainly appeal to fans of the likes of Death in June, Current 93 and terrifying industrial oddness. There is something quite late ‘70s about it, mad couldn’t care less experimental tracks with a monochrome kind of feel from another era when the street lamps didn’t work and no-one had a job."

All Instruments and vocals and by Peter and Edward Simpson
All songs recorded by the band at WORM Studios ,Rotterdam.